POTUGUESE MISFORTUNES : FROM BAIONA TO NAZARE

https://www.trustpilot.com/review/kingessays.comWas Neptune in a bad mood this days ? Or is it just an unfortunate following of events ? Anyway, we got pretty unlucky in the last days…

Weather first blocked us in Baioa under rain pourring cats and dogs, and wind gusts over 50 knots ! We have to spent the days inside the boat, fighting against moisture while trying to fix differents stuffs as best as we can. The moral breaks when we discover that the wind turbine got blasted against the solar panels… Wind pushed the solar panels up, enough for the wind turbine’s blades to crush on it. We did test the room between the panels and the blades, but the wind was stronger than our arms, and the panels went further than we could expect. Half the baldes are now broken, and the moyeu is wrecked. That’s the end for our wind turbine first version! 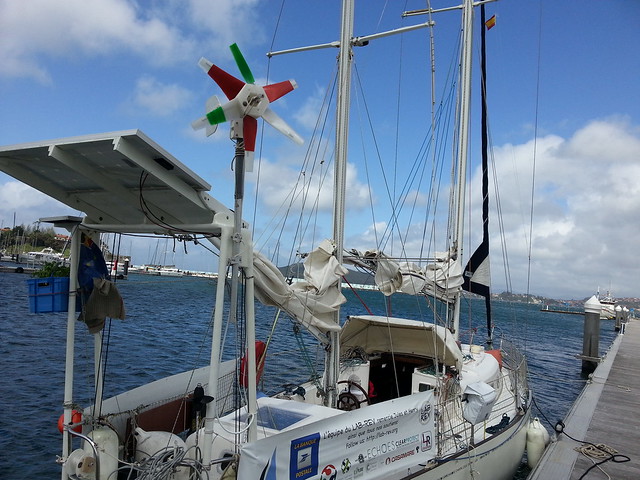 The next day, a short weather window allows us to leave Baiona to Porto. We still have to face 15 knots of wind coming from South (where we intend to go) and a 4 meter swell. Pretty unconfortable. After numerous tacks, we leave the Cies Islands in the clouds. 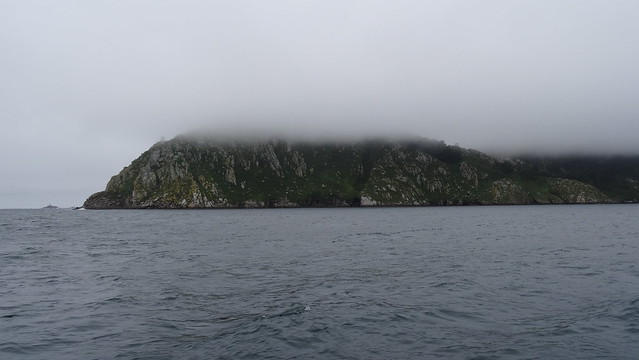 A few hours later, the swell has almost gone, and we pass the Rio Minho outlet : we are now in Portugal ! We set the red and green courtesy flag on ! 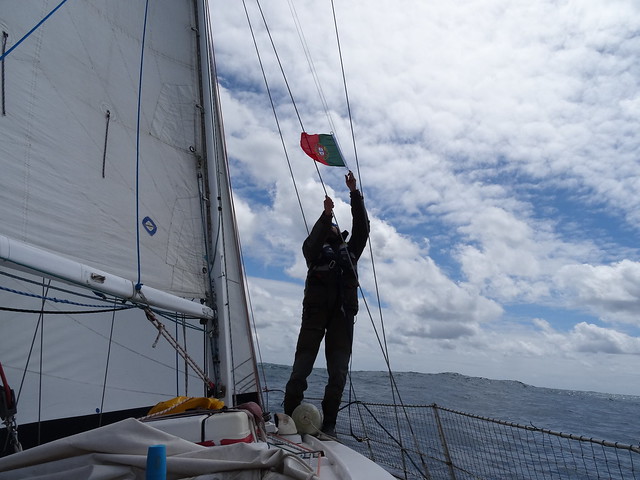 We make a two days stop in Porto, fixing different stuffs, printing new blades for the wind turbine, and an afternoon of sightseeing. We leave sooner than expected, as soon as a bit of North wind comes back. The trip ends sooner than expected : with no wind we go to the Aveiro Laguna with the engine. This one produces strange, unhabitual noises, and we discover that some of the fixation bolts are untied. 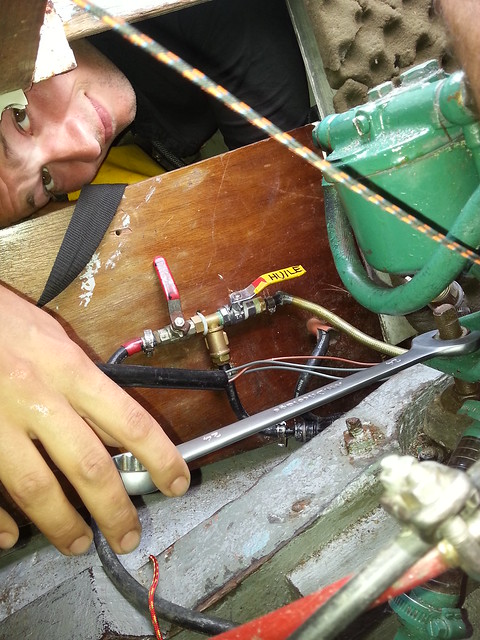 After a few hours in this place we love so much, the engine stalls, we leave the laguna with the wind and nice sun beams appear to (at last) dry the boat and its crew. We are in a good mood, we fish and start sewing a protection hood against the rain. 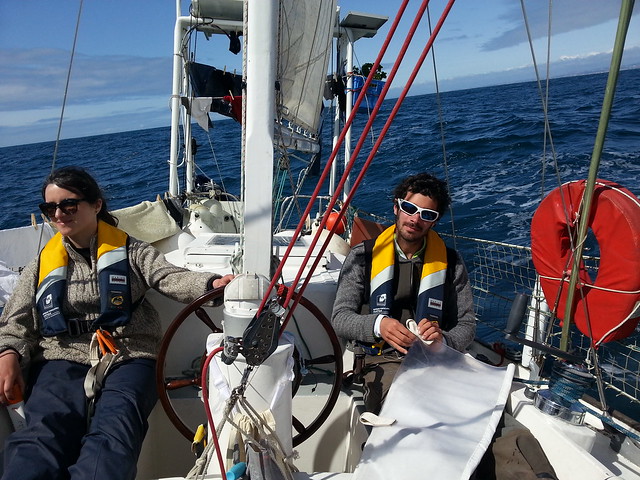 Leo starts a few experiments to optimize the hydro generator. The problem we have is that the rope between the generator and the hydro propeller has to be unraveled after each use : a long and boring operation. cf video 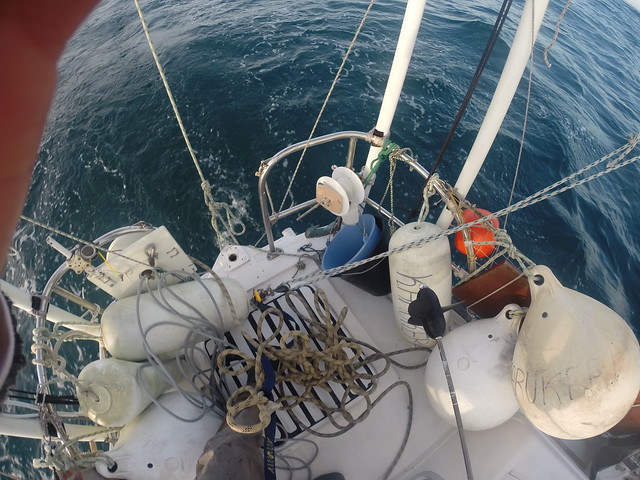 The new unraveling technique is quite simple : You just need to detach the rope and the propeller, and let the boat’s speed unravel the rope for us. To ease this operation, we decide to use a carabiner instead of a shackle. But an unforessen kind of fish opens the carabiner, and we loose the propeller part of our hydrogenerator ! We set a challenge to print the new blades for or propeller before arriving in Lisboa ! The Northernly wind is stable, and we continue to sail south with the spinnaker. While we take shifts at night, the 3d printer prints the new blades for our wind turbine. 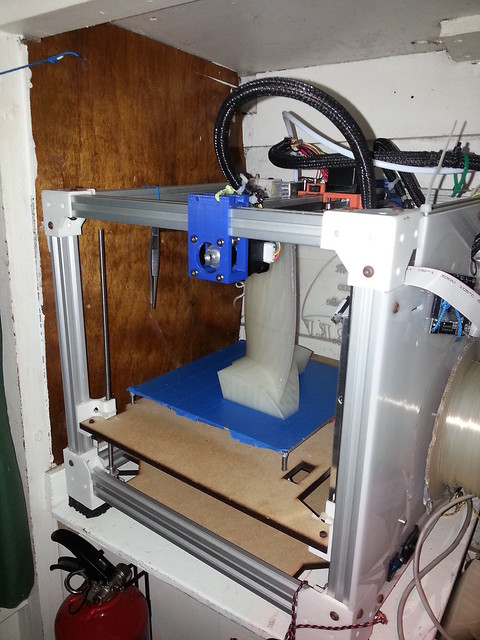 Before dawn, some « déjà vu » strikes again : an other part of our steering wheel cable breaks ! Again ! This time the weather is very nice, and we repair quite fast, installing rope and hoping it will hold till the closest harbour, Nazaré. 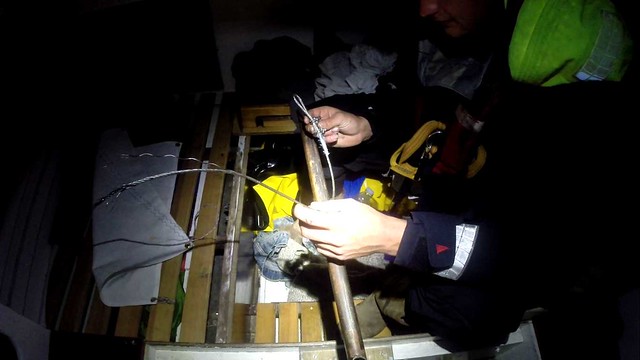 After a few hours of sleep and a shower to fill our energy, we install a new steel cable and assit to the fishermens parade, all decorated for a sea procession. 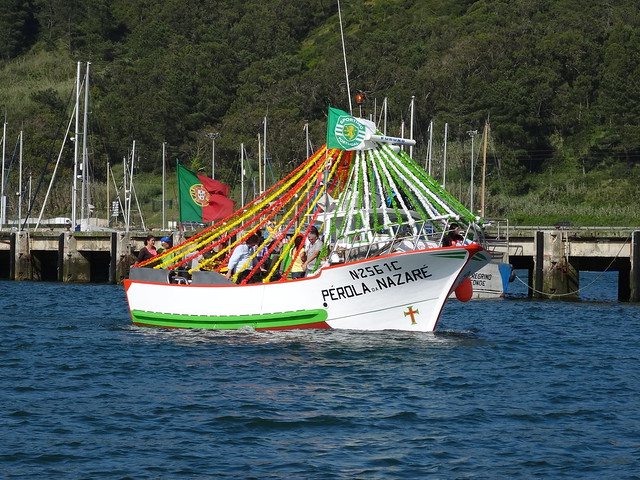 We leave before the sun sets down, to Lisboa, beginning to print our next hydrogenerator !

Catégorie : From Pornic to Lisbon